How can we make this go viral?

As someone who works in social media, you’ve heard that phrase before. From managers, coworkers, or your neighbor who owns an Etsy store…no matter where it comes from, it likely sends shivers down your spine.

It’s understandable to have hope for social media content going viral. After all – when something goes viral, it means you’ll get massive growth in followers, customers, and engagement with your brand, right?

Going viral may sound like the ultimate social media marketing goal. But while it seems like a good idea, in theory, it’s often not a good long-term approach or goal for most businesses.

Going viral is not an effective content strategy because it’s not something that is planned for, nor is it something that can be easily and consistently replicated for long-term success. And viral content often has an incredibly short shelf life.

So, let’s dive into the specifics.

When something on social media goes viral, whether it’s connected to a business or a random individual, it’s rarely intentional. Sure, there are lots of ways to prime your content in an attempt to make it go viral, but those attempts are never a guarantee. Content that goes viral online, more times than not, happens by complete accident, not by design.

And if you asked them, they’ll likely tell you that of all the things they hoped would go viral, it was something unexpected that found a massive audience at the right time.

The truth is, if there was a way to go viral, a formula that guaranteed success, anyone and everyone’s work could go viral and would go viral.

But sadly, no such formula exists. This sentiment is true in many social media marketing arenas – things change quickly, and what was a trending topic last week has more than likely already been completely forgotten.

Have you ever heard about what happens to people after they win the lottery? Their life gets better for maybe a week. Then it usually gets much worse.

They spend the money fast and on unimportant things. They lose friends. They’re not taken seriously. Taxes take a considerable portion of their winnings. And many often wish they had never won.

The sudden attention (and scrutiny) that can come from going viral brings way more work with it. Work that your team may not have the resources and time to handle. In turn, that leaves your brand without the proper tools to continue forward after the short success. Because of that, messages could go unread, content may become stale or inconsistent, and your community will start to feel disconnected from your brand.

When you build something over time, whether it’s wealth, trust, or an audience, you’re able to prepare for it day by day and at a more even, steady pace. However, if you suddenly go viral overnight and gain thousands of new followers, it may be overwhelming and wasted. You likely won’t be prepared to continue creating engaging content, build an email list, or leverage the opportunity to keep growing and strengthening your brand.

So, if going viral should not be part of your marketing strategy, what should you focus on instead? 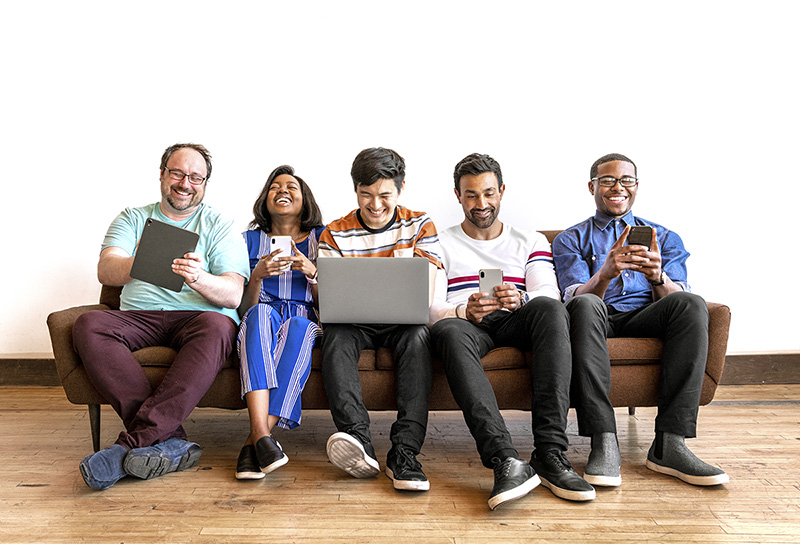 Focus On Adding Value To Your Community

The importance of building a loyal, engaged community intentionally and over time cannot be overstated. A significant part of the social media experience is sharing other people’s content and responding to messages and comments – both of which do nothing for making your content go viral. But what they do make happen is building an engaged community of loyal followers and prospective customers. This type of community will create sustainable and long-term growth and success for your brand, way beyond the shelf life of a viral post. And even more, when you focus on community building and offering actual value to their lives, you likely will get more shares and engagement than you would if all your focus was strictly on going viral.

Take the time to build relationships with your audience rather than just hoping they like your content enough to make it go viral. Create value in what you post, and your community will support you in ways that a viral post could never generate.

Going Viral Is Unpredictable: Consistency Over Flash Rules the Day

While there is nothing wrong with wanting your social media marketing campaigns to reach and impact many people, earning that distribution through quality content that offers real value and community is a far better way to success than going viral. Be authentic, helpful, and real, and you’ll find sustainable success in the long run without the pressure and chaos of going viral.

While most brands will not experience viral success, it doesn’t mean they can’t create consistently great content that their audience is excited to consume. Value and community-driven social media strategies will always offer both your brand and your community more opportunities to connect and grow together.

Whether you are looking to grow an existing social media program, create one from scratch, or revamp your brand’s online image, SharedTEAMS is here to help.